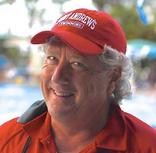 Peter has been a lifelong coach and leader in the sport of swimming. He was the first Head Coach of one of North Carolina's most-well known age group teams, the Mecklenburg Aquatic Club, from 1977 through 1981. He was active in the leadership of North Carolina Swimming for 20 years from 1989 through 2009, serving as Treasurer of North Carolina Swimming his final year. Carney also served as a national leader in the sport. From 1988 through 1990, Carney served on the Board of Directors of USA Swimming in the capacity of Vice President of Program Development. He also served on the Convention & Elections, Rules , and Olympic International Committees. In 1991 he became the USA Swimming Board of Directors National Administrative Vice President. From 1993 to 2004, Carney continued to serve USA Swimming on a variety of Committees including the Legislation/Redistricting Committee and the Rules Committee, where he served as Chairman for five years from 1997 to 2002. In 2005 Carney took on new leadership roles at USA Swimming, becoming the organization's Treasurer, a position he held from 2005 to 2008. In those same years, Carney led the Treasurer's Committee and also served on the National Governing Body's Investments Committee.aragraph here.

Sid grew up in Kinston, NC before his family moved to Delaware with DuPont Corporation. He attended NC State University from 1974 to 1977.  While at NC State from 1975-1976, Cassidy was an All-American swimmer for the Wolfpack. Cassidy was recognized as an ACC Three-Time Champion in both the 500 and 1650 Freestyle events from 1975-1977.  After college, Cassidy became an open water marathon swimmer. In 1979, Cassidy was ranked fourth in the world as a professional marathon swimmer after competing in marathons around the globe, including in Canada, France, and Egypt.  Cassidy began his coaching career at the Wilmington (Delaware) Swim School & Aquatic Club as a Head Senior Swim Team Coach from 1979-1983, followed by Head Coach for the Greater Tampa Swimming Association 1983-85. In 1985, he became Assistant Coach & Recruiting Coordinator at Florida State University, followed by the head coaching job for Men’s & Women’s Swimming at James Madison University in 1992. Cassidy then served as Head Coach of Swimming and Diving for the University of Miami in Miami Florida from 1993-1998, followed by a position as Aquatic Director & Head Swim Coach for the Atlantic City Aquatic Club through 2005. There he founded a USA Swimming Club program, while also working for USA Swimming and FINA as an Open Water Swimming Coach and Administrator. In these roles, he served as Director for the Around the Island Marathon Swim and created the FINA World Cup Event "10K for the USA" in 2002. He organized and ran the FINA Open Water Swimming Grand Prix circuit. Cassidy served as the Chairman for FINA at the first Olympic 10K Marathon Swim at the 2008 Beijing Games. Later at the 2012 Olympics in London, Cassidy served as an assistant referee. In 2016, Cassidy stepped up as Head Referee for the Men's Olympic 10K Marathon Swim in Rio.  Cassidy currently serves as the Aquatic Director and Head Coach for Saint Andrew's School in Boca Raton, Florida, where he began in 2005.

Fritz is maybe best known these days as a world-class Masters athlete, but he got his start quite young as a top competitor, having ranked in the Top 10 nationally in every age group he competed in from age 12 through 47. Leman swam in college for the University of Oklahoma, where he was a Big 8 Conference Champion and record holder in both the 100 yard and 200 yard backstrokes in 1977. Lehman was also the last male conference swimming champion in Oklahoma school history. Lehman moved to North Carolina and subsequently took up Masters Swimming. In Masters Lehman achieved U.S. Masters Swimming All-American status for 7 years. During that time he had 27 national Number 1 rankings and 93 U.S. Masters National Top 10 rankings. He set 10 United States Masters National Records in the 50 backstroke, 100 backstroke, and 200 backstroke in short course meters; in the 100 and 200 backstrokes in long course meters; and the 50, 100, and 200 backstrokes in short course yards. Lehman also achieved 6 FINA Masters World Records in backstroke. Lehman has also been a leader in the sport out of the pool. In the Triangle he served for many years on the Board of Directors of the Raleigh Area Masters Swim Team including as President of the club. Similarly on a statewide basis, Lehman served on the Board of Directors of North Carolina Masters Swimming and eventually as President of North Carolina Masters.

Beth began her career as a swimmer for the NC State Wolfpack in 1977, she was an Olympic Trials finalist (1976). During 1977, she swam on the U.S. team that competed in Russia. In 1977 as a freshman, she participated in the World University Games, held in Sophia, Bulgaria. From 1976-1979 she was ranked top 8 in the swimming World Rankings. While at NC State, she earned All-America honors in 26 events from 1977-1981. In 1979, she swam a record breaking 100 Butterfly event in 54.83 seconds. After collegiate swimming, Harrell began her post-grad swimming career with the U.S. Masters Swimming organization.  In 1990, swimming for the club WSMA in the North Carolina LMSC, she was an All-American swimmer in the 30-34 age group. From 1991-1993, as part of the LMSC of Florida, she was All-American in the pool course for the 30-34 age group. Shortly after graduating from NC State, she founded the Piedmont Aquatic Club in Winston-Salem, where she served as head coach from 1992-1994.  From there, she transitioned to the men's and women's swim programs' interim head coach and assistant coach positions at NC State from 1994-1995. In 1995, she began her career as the head coach for the University of South Carolina, where she led her team to national top 25 and top 50 finishes. The Gamecocks placed 7th in the SEC for the 1996-1997 season under Harrell, and from 1994-1996 and 1997-1999, the Gamecocks finished 8th in the SEC, each year. In 2000, Harrell founded the swimming and diving program at the University of Northern Florida. Harrell remained the Head Coach at UNF until 2014. 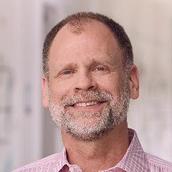 Pat took over as UNC's head coach in 1957 from his predecessor, NC Swimming Hall of Fame Coach, Ralph Casey.  His teams won 71.1 percent of their dual meets, and they captured five ACC championships before he retired in 1974.   Coach Earey's teams won ACC titles in 1958, 1959, 1961, 1963 and 1964. Eight more of his teams finished second in the ACC. Several of his teams placed highly at the NCAA Championships. The 1964 team tied for sixth place and the 1967 team wound up in ninth place. Five other teams finished in the Top 20.  In his 17 seasons as head coach, Coach Earey's teams compiled an overall dual meet record of 145-59. His teams went 84-20 in Atlantic Coast Conference dual meets, an outstanding percentage of 80.8 percent.  Coach Earey was responsible for mentoring a host of All-Americas during his time in Chapel Hill. Three swimmers particularly stood out during his tenure. Harrison Merrill was a three-time All-America and the winner of seven individual ACC titles. 1966 NCAA 100-yard butterfly titlist Phil Riker was also a member of the 1964 U.S. Olympic Team.  He coached arguably the finest men's swimmer in Carolina history in three-time All-America, Thompson Mann. Mann was a 1964 Olympic Games gold medallist as the leadoff swimmer on the United States' victorious 4x100-meter medley relay squad. He set a world record at the Olympic Games in the 100-meter backstroke during that race and was the first person to ever eclipse one minute at that distance, clocking a time of 59.80 seconds.  Under Coach Earey's guidance 24 different Tar Heel swimmers earned All-America honors from the College Swimming Coaches Association of America. During his tenure his swimmers won 52 individual ACC championships and 10 relay titles. Earey passed away in 2005 at 82 years of age.