Frank Comfort, a native of Harrisburg, Pennsylvania, now residing in Chapel Hill, NC, is the winningest swimming coach in Atlantic Coast Conference history. A graduate of, and varsity swimmer at, Syracuse University, Frank began his coaching career at UNC-Chapel Hill coaching the Junior Varsity for a year while completing his Masters Degree in Physical Education at UNC in 1968. Comfort went on to coach at Johns Hopkins University, a Division III power where he spent nine seasons guiding the men’s and women’s teams to a total of 14 conference championships, one NCAA championship, and two NCAA second place finishes. Frank became the first-ever full-time swimming coach at UNC when he was hired in 1977. In the 30 years Comfort coached at Carolina before retiring in 2007, he amassed 25 ACC championships, more than any other coach – 10 with his men’s teams and 15 with the women’s. Comfort’s UNC women’s team finished in the Top 10 at NCAA’s five times. He has coached eight Olympians, four women and four men, and three NC Swimming Hall of Fame Honorees – Sue Walsh, Ann Marshall, and Bonnie Brown. Frank served as Head Coach of the U.S. National Team at the World Junior Championships and Goodwill Games, and he was the Sport Coordinator for Swimming at U.S. Olympic Festival-’87 held in North Carolina. During his collegiate coaching career, Frank Comfort compiled 565 dual meet victories, making him the winningest dual meet swimming coach in NCAA history. 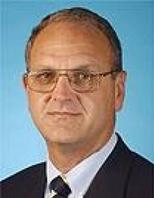 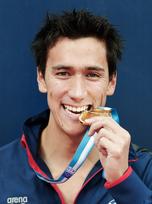 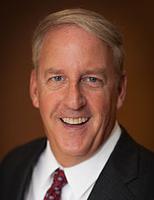 Jilen Siroky Bouwer grew up in Charlotte, NC, where she swam for SwimMAC Carolina. In 1996, at the age of 14, Jilen competed at the U.S. Olympic Trials in Indianapolis and made the U.S. Olympic Team for the Atlanta Olympic Games in the 200 meter breaststroke. Jilen was the youngest of the more than 650 members of the 1996 U.S. Olympic Team, as well as the youngest swimmer since the 1976 U.S. Olympic Team. She finished 15th overall in Atlanta. She was the national champion in the 100 meter breaststroke that same year and was also nationally ranked in the 200 and 400 meter individual medley. Jilen was ranked as high as 3rd in the world in 1996 in the 200 meter breaststroke and finished the year ranked 5th. Jilen made the United States’ 1998 World Cup Team and earned a bronze medal in the 200 meter breaststroke.  During her earlier years she broke 11 National Age Group Records for 9 & 10 and 11 & 12. Jilen also broke numerous NC state age group records, several which are still standing in the 50 yard, 50 meter, and 200 meter breaststroke. Jilen was a member of the U.S. National Junior Team (1995) and the U.S. National Team (1996-1997). Jilen attended Providence High School where she swam all four years, and led the team to three North Carolina High School State Championships. During her sophomore, junior, and senior seasons at Providence she was named All-City, All-Conference, and All-State, and she received All-American recognition during each of those years as well. Jilen set new conference records in the 100 yard breaststroke and 200 yard individual medley, she was named team MVP her junior and senior years, and in 2000, her senior year, she was named Charlotte Swimmer of the Year. After graduating from Providence, Jilen attended the University of Notre Dame and was a varsity swimmer for the Fighting Irish. Jilen now resides in Chicago.

Chip Peterson is a North Carolina native who grew up in Morehead City, NC, where he attended West Carteret High School. Chip is a long-distance and open water specialist who enjoyed doing open water training in the sound at Morehead City. At the age of 18 Peterson won the national championships in the 1500 meter freestyle at the USA Summer Nationals in Irvine, CA. He then competed internationally at the World Aquatic Championships in Montreal where he captured the gold medal in the 10 kilometer swim and silver in the 5 kilometer swim. That year Swimming World Magazine recognized Chip as its inaugural Open Water Swimmer of the Year, an honor shared jointly with Thomas Lurz of Germany. In 2005, 2006, and 2007 he won the 10K swim at the U.S. Open Water National Championships. In 2007 Chip won gold in the 1500 meter swim and silver in the 10K swim at the Pan American Games in Rio de Janeiro, Brazil. That fall Chip attended the University of North Carolina at Chapel Hill where he almost immediately set new school records in the 500, 1000, and 1650-yard freestyles. He graduated from UNC in 2010 but not before becoming the Atlantic Coast Conference Champion his senior year in the 1650 freestyle. After graduation, in 2011 Chip won the silver medal in the U.S. Open Water National Championships in the 5K swim. In 2015, Chip won a second Pan Games Gold Medal in Toronto in the 10K swim, and also finished first in the 10K at the FINA World Cup stop in Portugal. In 2016, he competed in the Olympic Trials in Omaha, NE. Chip currently resides in Durham, NC.

​Hill Carrow is a native of Kinston, NC, where he competed in age group swimming for the Kinston Swim Club and East Carolina Swim Association. During High School at McCallie School in Chattanooga, TN, Hill was named All-State on a team that captured the Tennessee State Championships three of his four years there. He was a varsity swimmer at the University of North Carolina at Chapel Hill where he won the ACC’s Jim Tatum Award for athletic and academic achievement. The Hill Carrow Spirit Award is presented annually by the university in his honor to the school’s most spirited male and female swimmers. In 1980 Hill was the founder and first coach of the Raleigh Area Masters Swim Team, which became the state’s largest Masters club. He also co-founded the Local Masters Swim Committee for North Carolina, which governs Masters swimming in the state. In 1983 he became the first head coach of what is now North Carolina Masters Swimming. Beginning in 1984 with the U.S. Masters Swimming (USMS) National Long Course Championships in Raleigh, Hill served as Meet Director or Chairman for four USMS National Championships, including 1992 in Chapel Hill, and 2012 and 2016 in Greensboro.  He also founded the State Games of North Carolina; directed the 1987 U.S. Olympic Festival, our state’s largest-ever sports event; and founded the USA Masters Games. In 2014, Hill was recognized for his lifetime achievements in, and contributions to, Masters swimming with the Ransom Arthur Award, USMS’ highest award. He currently directs the USMS High Performance Camp, serves on a USMS Board Committee, and resides in Morrisville.

Eugene Godsoe grew up in Greensboro, NC, where he attended Southeast Guilford High School. During high school Eugene won eight individual state championships, was All-American all four years, and was ranked number one in the country in the 100 yard backstroke. During his high school years Eugene made the U.S. Junior National Swim Team that competed in Melbourne, Australia, in 2006. He attended Stanford University where he was a 15-time All American, and four-time PAC 10 Champion in the 100 and 200 yard backstrokes. While at Stanford, he qualified for the U.S. National Team that competed in the 2009 World University Games in Belgrade, Serbia. Eugene competed in three Olympic Trials, in 2008, 2012, and 2016. He won a silver medal in the 100 meter backstroke 2011 Pan Am Games in Guadalajara, Mexico, and in the 2015 Pan Am Games in Toronto, Canada, he won a silver medal on the 400 meter medley relay, and two bronze medals in the 100 meter backstroke and 400 meter free relay. During 2013 Eugene won national championships in both the 50 and 100 meter butterfly events, then won five gold medals in international competition in backstroke and butterfly at FINA World Cup meets in Tokyo and Beijing. That same year, at the World Aquatics Championships in Barcelona he won the Silver medal in the 50 meter butterfly. Eugene currently lives in New York City and is focusing on his music career.