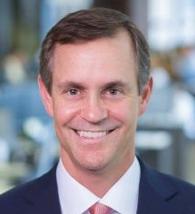 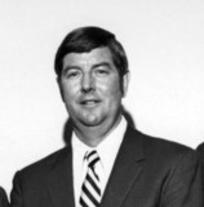 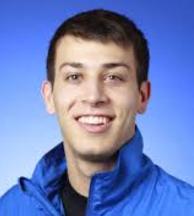 Don Easterling became the Head Coach of NC State University Men’s Swim Team in 1970.  He led the men's team to 15 ACC Championship titles, including 12 consecutive titles from his first season in 1971 to 1982.  His 1973 Men’s Team won every event in the ACC Championships and finished 8th at NCAA’s that year.  Two years later NCSU achieved their highest NCAA placing under Easterling at 6th.  Coach Easterling started the women's program from the ground up in 1976, leading the team to back-to-back ACC titles in 1979 and '80, His Women’s Team finished as high as 6th in the AIAW and 8th at NCAA’s.  He collectively coached 40 athletes that earned All-America honors:  24 men and 16 women.  In addition to his success in NCAA competition he coached seven future Olympians, including five medalists (two of whom, Dan Harrigan and Steve Gregg, are in the NC Swimming Hall of Fame), as well as four Pan Am Games medalists.  Easterling’s career record is 328 wins and 118 losses for a .735 winning percentage.  He was named ACC Men's Swimming Coach of the Year in 1984 and '92, ACC Women’s Swimming Coach of the Year in 1991, and National Collegiate Scholastic Swimming Coach of the Year in 1993.  He has been inducted into the Texas Legends of Swimming (1996), the American Swimming Coaches Association Hall of Fame (2004), and the NC State Athletics Hall of Fame (2016).

Charlie Houchin grew up as an age group swimmer in Raleigh, NC. Both of his parents were All-American swimmers at NC State. Charlie swam summer league for Oak Park, competed for Raleigh Enloe High School, and swam year round for the YMCA of the Triangle age group team.  He was a High School All-American in the 200 and 500 yard freestyles as a sophomore, junior and senior.  He attended the University of Michigan where he swam for the Big 10 Champion Wolverines.  Charlie earned numerous accolades for his college aquatics achievements including 2009 All-Big Ten First Team, 2009 Big Ten Champion (400-yard freestyle relay), 2009 All-American (800-yard freestyle relay), 2010 All-Big Ten first team, 2010 Honorable Mention All-American (500-yard freestyle), 2010 All-American (800 yard freestyle relay).  Charlie won two gold medals (400m Freestyle and 4 x 200m Free Relay) at the 2011 Pan Am Games in Guadalajara, Mexico.  He became an Olympic Gold Medalist in 2012 at the London Olympic Games in the 4 x 200 meter Free Relay.  He concluded his career with a Gold Medal in the 2013 World Championships in the 4x200m Freestyle Relay.

Nick McCrory was born in Durham, grew up in Chapel Hill, and currently resides in Durham.  Nick began diving at the age of seven.  He competed for East Chapel Hill High School and for Duke University.  He was a USA Diving Junior National Diving Champion (2005) and a Senior Champion (2011).  During his collegiate career he became the first athlete in history to win four NCAA national championships in Men’s Platform Diving (2010, 2011, 2013, 2014).  He was also an 11-time All American.  In the Atlantic Coast Conference Nick stands as the most decorated diver in ACC history with 10 diving championships.  He set the conference scoring record on the 3-meter board, and was the first and only ACC diver to sweep all three disciplines (1 meter, 3 meter, and 10 meter) at the Conference Championships two years in a row.  He was named the ACCs Most Valuable Men’s Diver and Men’s Diver of the Year all four years at Duke.  In 2014 he was the ACC Men’s Swimming and Diving Scholar Athlete of the Year.  At the 2012 Olympic Games in London, Nick finished 9th in individual platform diving and captured the Bronze Medal with David Boudia in Men’s Synchronized 10-meter Platform Diving. 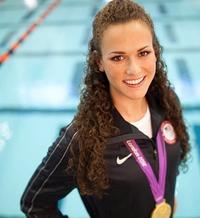 Lauren Perdue, a Greenville, NC native, grew up swimming for East Carolina Aquatics.  Her father and sister swam at the University of Virginia, her mother swam at William and Mary, and her brother currently swims at UNC.  Lauren still holds the North Carolina Swimming record in 100 and 200 meter freestyles for the 15-18 age group.  She was 2009 Junior National Champion in the 200 yard freestyle and 2009 4A Conference Swimmer of the Year at J. H. Rose High School in Greenville.  Lauren competed for the University of Virginia from 2009-2013. At UVA she was 2010 ACC Freshman of the Year, won ACC Swimmer of the Year honors in 2011, and was named ACC Swimmer of the Conference Championships in 2010, 2011, and 2013.  During her collegiate career she was a 19-time conference champion including champion three times each in the 100 and 200 yard freestyles.  She capped her swimming career with an Olympic Gold Medal in the 4 x 200m Free Relay at the 2012 Summer Olympic Games in London. 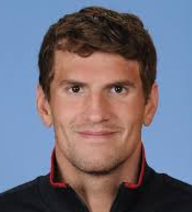