Bonny Brown swam from 1976 to 1980 for the University of North Carolina at Chapel Hill. Her career highlights include setting an American record in the 100 meter freestyle and winning a gold medal in both the Pan American Games and the World University Games. She earned All-American honors four years in a row swimming for the Tar Heels and was National AIAW Champion in the I.M. Bonny was captain of the UNC swim team in 1978, 1979, and 1980, and has the distinction of becoming the first woman ever to win the Patterson Medal that is awarded each year to the most outstanding senior athlete at the University of North Carolina. Bonny married Mark List, also a former UNC swimmer.

​Dick Fadgen came to North Carolina State University from Woonsocket, Rhode Island. The 1955 NCAA Champion in both the 200 yard butterfly and 200 yard breaststroke, he won a total of seven national championships while swimming for the Wolfpack and was named a three-time All-American. He was a member of the United States Swimming Team at the Pan American Games in Mexico. Before Dick came to NC State, he set a new world record at New Haven in the 220 yard breaststroke (indoors) in 1954. In 1954, he was a member of the U.S. All Star Team that competed in Japan and again in Mexico and Guatemala. In 1959, he was unanimously awarded the first annual Louis J. Fisher Award as the most outstanding amateur athlete in North and South Carolina. Dick continued his swimming career as a coach for many years. 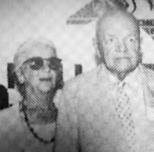 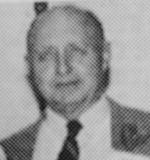 ​Buddy Baarcke came to the University of North Carolina from Birmingham, Alabama. During his collegiate career, Baarcke earned All-American honors in the backstroke and butterfly and set a world record in the 100 yard butterfly in 1954. He won a gold medal and a bronze medal in 1965 at the Pan American Games in Mexico City. Baarcke was the first swimmer ever to go under a minute in three strokes (butterfly, backstroke, and freestyle). While a post-graduate student at UNC, Buddy served as assistant coach in 1954, 1957, and 1958, before moving to Florida. There he served on the coaching and administrative staff of the University of Florida Gators Swim Team.  Buddy passed away in 2017.

George and Dorothy Resseguie were outstanding leaders in the North Carolina Amateur Athletic Union, serving in all areas of that multi-sport organization. Perhaps their greatest contribution, however, has been in the area of officiating. As a team they laid the foundation for the training of swimming officials in North Carolina. All the early clinics were directed by Dorothy and George. George led most of the instruction and trained the starters while Dorothy trained the stroke and turn judges. In addition, during the 1960's and early 1970's, Colonel Resseguie was the referee at all major meets in the region. Dorothy organized Masters Swimming in North Carolina in 1971. Dorothy is recognized as an outstanding Masters Swimmer. She was given the Willis Casey Award in 1978 and was featured on the Wheaties box in 1976.