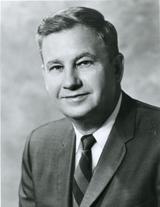 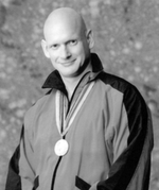 Mary swam for the Asheville YMCA from 1964 through 1969 and later for the Asheville Aquatic Club from 1970 through 1976. She was a member of the 1972 Olympic Team in Munich, Germany, placing seventh in the 400 meter Individual Medley. She remains the only North Carolina born and bred Olympic swimmer.  Mary Montgomery passed away in 2017.

Willis is credited with restarting the North Carolina State University swimming program, which had been dormant during World War II. He coached NCSU Swimming from 1946 to 1969 winning 188 dual meets (losing only 29) and 11 conference swimming titles. His teams produced 33 All Americans and 123 ACC individual champions. Every swimmer on athletic grant under Casey graduated from college. Following his coaching career, Casey went on to serve as Director of Athletics at North Carolina State University from 1969-1986. Willis R. Casey Aquatic Center at NCSU was named in his honor.  Willis R. Casey passed away in 1992. 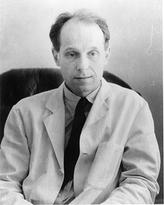 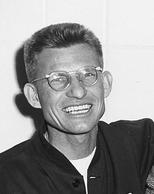 Stephen Rerych was a varsity swimmer at North Carolina State University from 1965 to 1968 where he was a three-time All-American and nine-time ACC individual champion. He won two Olympic Gold Medals at the 1968 Olympics in Mexico City as a member of the 800 meter freestyle relay team and the 400 meter freestyle relay team. Rerych completed his residency in the Cardiology Testing Laboratory at Duke University Medical Center, specializing in Thoracic surgery. Steve has since moved to Point Pleasant, WV where he is a surgeon at Point Pleasant Hospital.

Duncan Goodhew was a varsity swimmer at North Carolina State University from 1975-1979, and competed for his homeland (Great Britain) in both the 1976 and 1980 Olympics. He was a gold medalist in the 1980 Moscow Olympics in the 100 meter breaststroke.

Thompson was the outstanding University of North Carolina at Chapel Hill swimmer in the 1960's. A three-time All-American, Mann was a gold medalist in the 1964 Olympics. He set a world record in the 100 meter backstroke as the lead-off swimmer of a U.S. medley relay team.  Harold passed away in 2019.

Ralph Casey, along with his brother, Willis, started a strong Age Group Swimming Program in Goldsboro, North Carolina. Casey coached at the University of North Carolina at Chapel Hill for 19 years where he produced 3 NCAA Champions. Much of his success came as a result of coaching age group swimmers in the summer with his brother (including nationally ranked individual swimmers and relay teams). Casey died in December 1986. 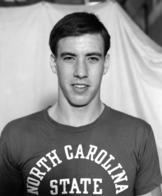